As you probably already know, flying within Canada is a very expensive affair. That’s because airport landing fees in this country are some of the highest in the world which makes domestic routes unprofitable for carriers to operate in, leaving Canadian travellers at the mercy of the two main players – Air Canada and WestJet. Read my blog post for tips on how to avoid airport fees.

WestJet’s recent announcement that it plans to introduce an ultra-low-cost carrier (ULCCs) by the end of 2017 will hopefully shake things up a little on the domestic air travel front and bring down ticket prices substantially. Air Canada has already indicated that it will come up with countermeasures to respond to this perceived threat to its own low-cost carrier Air Canada Rouge.

WestJet, Canada’s second-largest airline, prides itself for having pioneered low-cost air travel in the country in 1996 and sees venturing into ULCCs as the next logical step in its growth. Currently, there are over 100 low-cost airlines worldwide and ULCCs is a fairly new category of airline travel that caters for travellers who basically value cost over comfort.

By initially launching 10 high-density 737-800s, the carrier which serves over 100 destinations worldwide, hopes to rope in these price-sensitive consumers by offering them completely unbundled, no-frills fares.

They’ll probably achieve this by:

The move by WestJet has been met with criticism from its domestic competitors NewLeaf Travel, Canada Jetlines and Porter Airlines. NewLeaf Travel had earlier in the year announced its decision to cancel plans of flying between Alberta and the Phoenix in Arizona because it felt that WestJet had copied its idea on ULCCs.

Julie Rempel, the airline’s spokesperson, welcomed WestJet’s announcement with these words: “The greatest compliment you can give someone is when they copy you,” adding, “this is proof we’re doing something WestJet sees as a great contribution to Canadian travel.”

Canada Jetlines CEO Jim Scott said he didn’t think WestJet’s decision to enter the ULCC market would necessarily lead to more competition because WestJet’s move was “nothing more than an airline within an airline”.

Meanwhile, Air Canada executives responded by saying they were well-positioned to respond to WestJet’s move. Canada’s flag carrier has tested its Rouge sister carrier on some domestic routes and may end up deploying its planes to counter WestJet’s low-cost service. The airline could also remove premium seats from both Rouge and Air Canada planes to compete with the number of economy seats being offered by WestJet.

Incidentally, WestJet also plans to have a greater presence in international routes by increasing its fleet of Boeing 787 Dreamliners starting in the year 2019.

One fly in the ointment in WestJet’s plans could be that the airline risks eating into its own market, seeing as it has already positioned itself as a low-cost carrier. But then again it may decide to focus on markets currently being served by Air Canada Rouge. Time will tell.

At the end of the day competition is always a good thing and will ultimately benefit the end consumer – flyers, in this case. I’m starting to get tired of Air Canada and WestJet just simply matching each other’s prices and seat sales; and I think the introduction of more no-frills tickets will give flyers more value for their money. 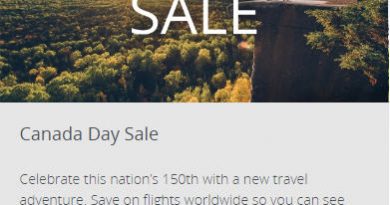 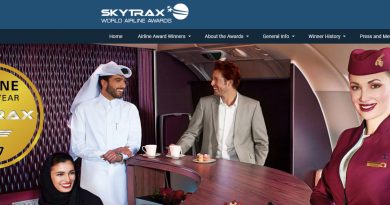 The Top Airlines in the World Honoured

July 5, 2017 wachirafreelance Comments Off on The Top Airlines in the World Honoured 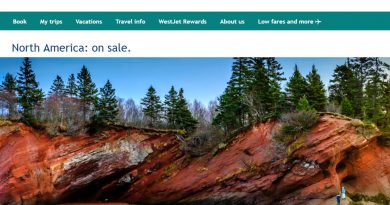 September 1, 2017 rkwlau Comments Off on WestJet: North America On Sale (Book by Sept 7)